Mission Statement:
It is the mission of the Buckhorn Skinners’ Mountain Man Club to preserve the values, skills and practices of the
Fur Trade Era through sponsoring and participation of club events, community and statewide activities, education and outreach.

Charter Date:
This Company was founded on February 15, 1975 to perpetuate, emulate, and further the lifestyle of the fur trade era.

Safety is the responsibility of all members. The Captain and/or shoot sponsor is/are considered the Safety Officer(s), and shall be expected to promote safety at the club shoots.

Officer Job Descriptions:
Captain – The captain shall conduct business on behalf of the club, chair meetings, hold elections and review the bylaws. The captain may nominate initiatives and/or goals and propose objectives to achieve them while fulfilling the mission of the club.

Scribe – The scribe shall keep the minutes of all business meetings and prepare the monthly newsletter.

Assistant Scribe – The assistant scribe shall provide assistance to the scribe and club, keep the minutes of all business meetings and prepare the monthly newsletter in the absence of the Scribe.
​
Treasurer – The treasurer shall collect dues and other fees, deposit received monies into the club bank account, pay bills on behalf of the club, keep the bank records and provide a financial status report at monthly and annual business meetings.

A full member may occupy no more than two officer positions at any one give time. There shall be no limitation on the number of times that a full member may serve providing that the individual is re-elected by the 2/3 majority vote of the membership.

Membership:
Regular - Members that are in good standing having accumulated at least 31 points during the past year, or voted in as a regular club member during the current year.
Club Points:
Club points are earned by members through attendance and participation in monthly shooting events, attending other special events in period dress, running the monthly shoot and participation in workdays. The point distribution is as follows:

Associate - Members that have paid dues, but are not able to attend most club activities. Associate members are expected to work at the Squirrel Shoot, and one workday per year. Seniority shall be used in the event of a waiting list. Associate members do not have voting
privileges and cannot hold office.

Probationary - New initiates with their own muzzle loading rifle, and being known by their sponsor, will serve a minimum probation period of six months. A probationary initiates may not vote. New initiates must attend six shoots in advance of becoming a member. New
initiates will be voted in by unanimous show of hands or secret ballot. Regular members are encouraged to bring up any safety violations at this time. A proposed initiates may be rejected with a 1/3 opposing vote of all Regular members. A rejected individual may not reapply
for membership for at least twelve months, and may not attend club events. A rejected initiate’s dues will be returned to them.
Jr. Member - Junior Membership shall be defined as a child under the age of 16. One parent will be present, observe, supervise and instruct said Junior member while shooting in club activities. Junior members are counted under their parent’s membership and do not pay dues,
nor are they expected to pay the monthly range fee. Junior members cannot vote or hold office. After the age of 16, those Junior members who wish to remain affiliated with the Buckhorn Skinners may do so under their parent’s membership with the following conditions. They are not required to pay yearly dues, but will be expected to pay the monthly range fee and participate in the monthly shoots. They will be required to adhere to all other rules that govern regular members including a donation for the Squirrel Shoot. Upon age eighteen, they will be required to obtain a sponsor (other than parent), serve a six-month probationary period and obtain a regular membership like any other new member. The only exception being that if the Junior Member has been active with the Club and has retained the minimum number of points to qualify for membership; the Junior with a sponsor, will be immediately eligible for regular membership. Should the Club be at the maximum number of members, the eligible junior would supersede any new potential members that are on the waiting list. It is understood that any Junior seeking membership in this fashion be known to the majority of the membership, be voted in as a new member, and be active in the Club. The membership encourages Junior Members to become Regular Members. This does not apply to Associate Members.
Honorary Member - Defined as any individual or individuals that the Membership wishes to honor because of past or present service to the Buckhorn Skinners, or because of activities in general that perpetuate, emulate and further the lifestyle of the fur trade era. Members in
this category do not have voting privileges, do not pay yearly dues, but do receive the monthly newsletter, and have regular range privileges. Honorary Membership is for the life of the individual so honored. Honorary Membership requires unanimous approval of the
entire voting membership because it is the highest esteem we can bestow, and also because of the long term monetary cost to the Club.
On Leave - Any member wishing a period of absence from club responsibilities may do so in writing.. During this time, if dues are paid, the member may vote and use the range, but will be exempt from other membership expectations. On leave status may only be used once
every five years.
Additional - The Club membership shall be limited by the range capacity, Club resources and need for safety assurance. The Club will carry no more than 10 Associate Members. Club dues are paid when you apply for Regular membership. A new Member shall have a complete primitive outfit within twelve months of applying for membership. Members not meeting their point or workday requirements may be removed from the Club by a majority vote of the Club Officers. It will be the Captain’s responsibility to keep the “Captain’s Book” current with all of the points accumulated by the membership over the year and to determine how the points are awarded, and for which activities.

Affiliate Member – Defined as a supporting member that does not participate in voting, accruing points or workdays but does maintain a membership. Affiliate members may be former members who no longer live in the area or others who wish to support the club with a
$10 annual membership fee. Affiliate members will receive the monthly newsletter and are welcome to attend events if visiting the area.

Sponsorship:
The responsibilities of the sponsor are:

Only a Regular Member may sponsor a new Probationary Member, and only one at a time.

Meetings and Shoots:
Shoots will be held on the third Sunday of each month unless a change is voted and passed by a majority of the Members at a regular shoot.

At least one regular, associate or honorary member, will run a shoot with full charge of all activities. These members may participate in the shoot; however, they assume the role and duties of safety officers.
They will be responsible to enforce the following:

Range:
The Club range shall be used by Members only, other than at club events and functions. The only exception is that guests may use the range when invited and accompanied by a Club Member. Only Regular Club Members are allowed to bring guests to a Club shoot. The first time a guest attends a Club shoot as an invited guest, they shall not be charged, this is one time only.

Dues:
Club dues shall be determined by a majority vote and will include CSMLA Membership ($20 for club dues and $25 for CSMLA dues for a total of $45.00 in 2010) plus whatever yearly dues are determined for the Buckhorn Skinners. A $25 Squirrel Shoot prize is required from all members unless exempted in other sections. Club dues are payable by January 31st of each year. The person holding the Scribe and Assistant Scribe positions do not pay dues. These dues are paid by the Club.

Squirrel Shoot:
The Squirrel Shoot is our annual fund raising event. It is the financial life blood of our Club. It is expected that every Club Member will work at least one day of the shoot. Each Member will let the Captain know what day(s) they will be available, and will then be scheduled for
work. Shooting, setting up camp, and standing around visiting do not count as work. Missing two consecutive Squirrel Shoots or not  participating in work activities may result in revocation of membership by a majority vote of the executive officers.

Work Days:
Workdays are important, and must be taken seriously. Keeping access to our shooting range means helping out the landlord one or two days per year. This means working on Pat’s ranch. Any member that misses two consecutive workdays shall be warned and removed
from the Club if approved work time is not earned within the year. This applies to Associate Members as well. From time to time the Club may schedule other workdays as needed or requested from the landlord.

Buckhorn Skinner’s Website:
The club webmaster shall be in charge of seeing that the Club web site is maintained directly or by assignment to a responsible Club member(s). Members incurring work time through maintaining the Club website shall be credited for their annual ranch work.

Code of Ethics:
The Mountain Man code of ethics is a guideline for behavior complementary to the Mountain Man. It is important to consider your thoughts and actions and their impact on the club and community.

Honor and Respect: Showing honor and respect in all that you do is a basic law of life. Do unto others, as you would have them do unto you. Always treat others with honor and respect and remember that your actions may knowingly or unknowingly impact the club. Be
upstanding citizens in your community and behave in a manner complementary to the essence of the Mountain Man. Do not denigrate the reputation of the club or the image of the Buckhorn Skinners. Avoid hurting others physically, mentally and emotionally by words and
actions. The Mountain Man honored the earth and all within it that supported life.

Once becoming a full member, should they be convicted of a felony crime, or legally precluded from handling firearms, they must to notify the Captain and/or Lieutenant. By vote of the majority membership they may be asked to withdrawal their membership and leave the
club.

Amendments:
It shall take a 2/3 majority of the voting Regular Members to amend these by-laws. By-law changes must be presented at a regular meeting, and approved no sooner than the next Club meeting. 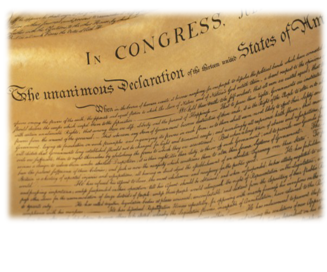